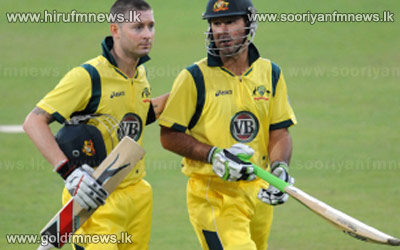 Michael Clarke and Ricky Ponting, the current Australian Test captain and his predecessor, have attracted the highest base price of 400 thousand dollars each ahead of the IPL player auction, which will be held on February 3rd in Chennai.

The Australian duo form part of the 101-strong list comprising players from eight countries, which was finalised by the IPL yesterday and distributed to the nine franchises.

In addition to a host of lesser-known players mainly from Australia and South Africa - the breeding ground for Twenty20 cricket - the list includes seven Indians, two Englishmen and Kevin O'Brien, the Ireland allrounder, who is the lone representative from the Associates.

The list once again does not feature Pakistan players.