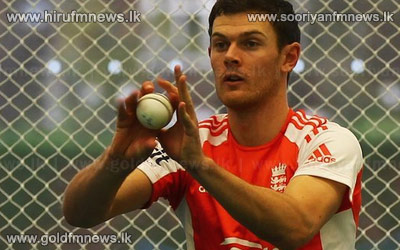 Harris, will be cover for Stuart Meaker, who missed England's opening warm-up match against a New Zealand XI in Whangarei because of a neck strain.

The game was abandoned after 9.1 overs with New Zealand on 70-1 and a new game has been arranged for Tuesday.

Middlesex's Harris was already called up for England's squad for the three-match one-day series.