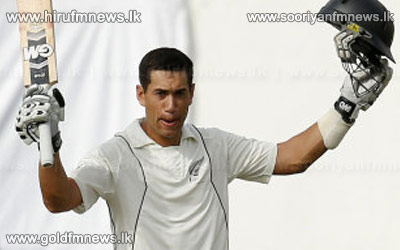 Sir Richard Hadlee has questioned Ross Taylor's response to his sacking as New Zealand captain and believes he should have played on after the fall-out rather than take time away from the game.

Taylor, who was relieved of the captaincy after the Sri Lanka tour despite drawing the Test series 1-1, opted out of the following trip to South Africa saying he needed a break from the international game.

He will return to the New Zealand side for the Twenty20 series against England which starts on Saturday and is also in the one-day squad.

Barring any dramatic change in events, he will resume his Test career next month.

In Taylor's absence, New Zealand were crushed in the Tests against South Africa, including being bowled out for 45 in Cape Town, and also lost the Twenty20 series, although they fought back impressively to take the one-day contest.