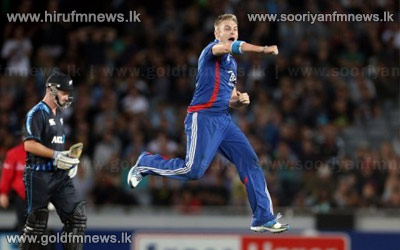 England posted their highest ever Twenty20 score of 214 for seven as all-rounder Luke Wright and captain Stuart Broad led them to a comprehensive 40-run win over New Zealand.

In reply, New Zealand were struggling at 174 for nine at the end of their innings.

England’s batting masterclass saw them take advantage of the short Eden Park boundaries as they easily surpassed their previous best total of 202 scored against South Africa in 2009.

The England onslaught was assisted by sloppy New Zealand fielding with six catches spilled including two by Ross Taylor back in the side for the first time after pulling out of the recent South African tour when stripped of the captaincy.