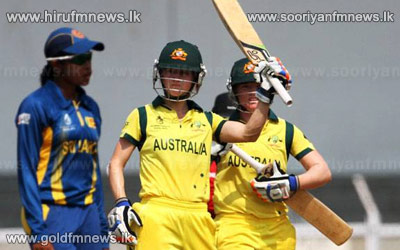 They made it five tournament wins out of five by dismissing the competition's surprise package for 131 and then racing to their target in just 22.2 overs.

Rachael Haynes was unbeaten on 71 and Erin Osborne's earlier haul of three for nine was a career-best.

Batting first, Sri Lanka were simply unable to string partnerships together as they had done during their victories against England and India.