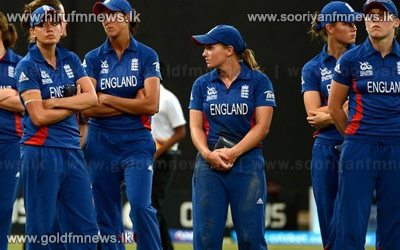 Defending champions England have been knocked out of the Women's World Cup despite a 15-run win over New Zealand.

West Indies beat Australia earlier to render England's result meaningless and put the Caribbean side through to meet the Aussies in Sunday's final.

England have paid the price for two narrow defeats, the one-wicket opening loss to Sri Lanka in the group stages and a two-run reverse against Australia in the Super Sixes.