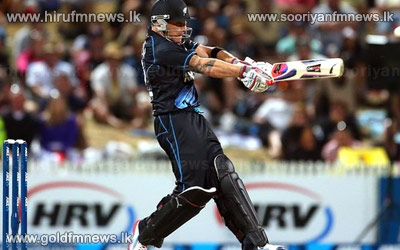 New Zealand took the lead in the three-match one-day series after beating England by three wickets in Hamilton.

Put in, England's Ian Bell, Jonathan Trott and Joe Root made fifties but the last six wickets fell for 38 in six overs and they were all out for 258.

Kane Williamson kept New Zealand in contention with an assured 74.

Brendon McCullum fired 69, sharing 41 in three overs with Martin Guptill who returned after retiring hurt as the Kiwis won with seven balls to spare.