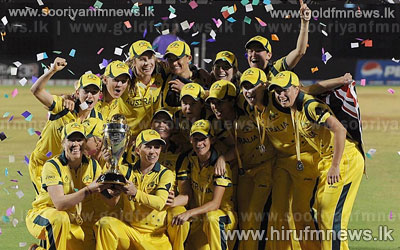 A dominant 114-run win in Mumbai means the Aussies simultaneously hold the World Cup, World T20 and the Ashes for the first time.

Captain Jodie Fields said that this is a big achievement, one that the're very proud of. She added that winning two World Cups in the space of four of months is a great piece of history for Australian cricket."

The achievement matches that of England in 2009 when they lifted the World Cup in Australia before winning the World T20 and defending the Ashes later that year.