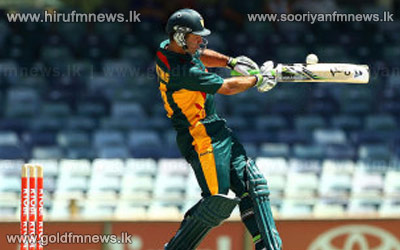 Ricky Ponting has been fined 250 dollars by Cricket Australia for throwing his bat after he was dismissed while playing a domestic limited overs match for Tasmania against Western Australia in Perth.

Ponting threw his bat in the air on the way back to the pavilion after he was run out for 95 in a mix-up with the young batsman Jordan Silk, the blade landing a couple of metres in front of him.

Given that it was Ponting's first offence in the past 18 months, he was eligible to receive the minimum penalty - an official reprimand.

However CA chose to press the case further, calling the disciplinary hearing, at which Ponting pleaded guilty to the charge, and levying the fine.