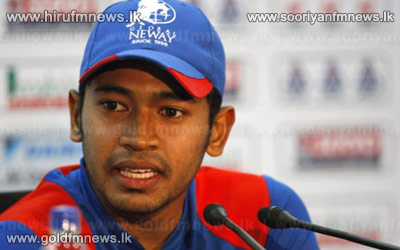 They have lost all eight Tests played there since 2001, but he believes the current team is capable of making a difference this time.

Mushfiqur hoped to use the momentum from Bangladesh's last international series, where they pushed West Indies in the Tests and beat them in the ODIs.

Mahela Jayawardene has been ruled out of the Test series after dislocating the middle finger on his left hand, while Sangakkara has only just begun batting in the nets after sustaining a fracture on his left index finger during Sri Lanka's Australia tour.