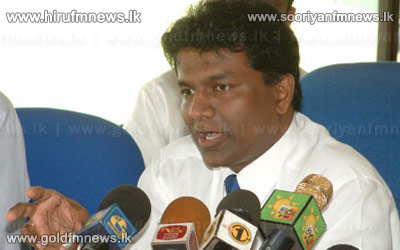 Following Thilanga Sumathipala handing in his nomination for the post of Chairman of Sri Lanka Cricket, questions were raised regarding his eligibility for the post.

Cricket analysts state that according to the new sports act and rules and regulations of the International Cricket Council, the handing in of the nomination of Thilanga Sumathipala is illegal.

In 2005 the ICC conducted an investigation regarding Thilanga Sumathipala’s involvement in gambling activities.

During the inquiry carried out on the 17th of March in 2005 the ICC made a serious allegation against Thilanga Sumathipala stating that he had provided false documentation regarding his involvement in gambling activities.

This executive meeting was carried out under the patronage of then ICC chairman Eshan Mani and he stated that during the inquiry, Thilanga Sumathipala had presented false documentation to the ethics officer of the ICC.

Then ICC chairman Eshan Mani had this to say regarding the inquiry carried out regarding Thilanga Sumathipala.

The main allegations against Thilanga Sumathipala is that he operates Race by Race, which is a gambling institution with multiple branches in Sri Lanka, that he owns a media institution and that he is the owner of a sporting goods shop.

Minister of Sports Mahindananda Aluthgamage made the following statement regarding this in parliament recently.

If the mistake made 7 years ago is committed again, it will not only destroy cricket in Sri Lanka but it will destroy its reputation as well.