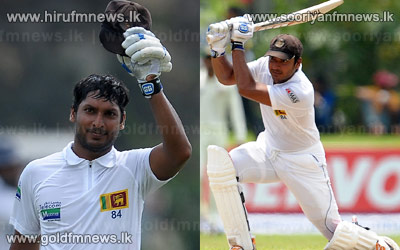 Sangakkara top-scored with a superb 142 while Lahiru Thirimanne (74 not out) and Tillakaratne Dilshan (54) both made half-centuries as Sri Lanka raced to 361 for three before rain brought an early end to proceedings in the final hour.

Bangladesh spinner Sohag Gazi was the only bowler to have any success on a tough day for the tourists, finishing with credible figures of three for 101 off his 31 overs.

It also helped lay the platform for what is shaping up to be a daunting first innings total for Sri Lanka at the Galle International Stadium.