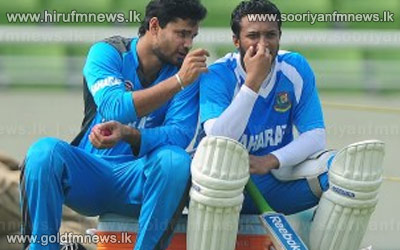 Injuries to several players have forced the Bangladesh selectors to make four changes to the ODI squad for the tour of Sri Lanka.

Mohammad Ashraful, Nazmul Hossain, Abul Hasan and Mosharraf Hossain have been drafted in to replace the injured trio of Mashrafe Mortaza, Shafiul Islam and Naeem Islam, while Elias Sunny has been dropped.

Bangladesh play the first two ODIs in Hambantota on March 23rd and 25th before playing the final game of the series in Pallekele on March 28th.