Dhawan out, Raina in for Delhi Test 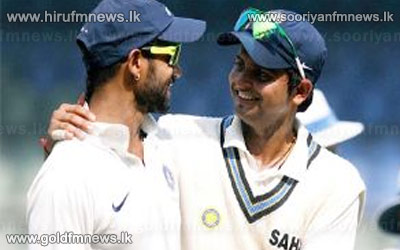 Suresh Raina has been called up to the India squad for the fourth Test against Australia as replacement for the injured Shikhar Dhawan, who has been ruled out for six weeks with a fractured left hand.

Gautam Gambhir, who had been dropped in favour of Dhawan for the Australia Tests, was also added to the squad initially, before a blood test showed he was down with jaundice.

Dhawan had injured his hand while trying to stop a Phillip Hughes square drive during Australia's second innings on the fourth day of the Mohali Test.

He did not field for the rest of the day and also did not bat during India's chase after having made 187 in his debut innings.