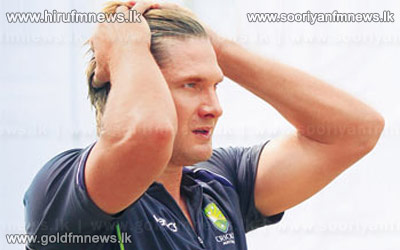 Shane Watson's chances of captaining Australia for the first time in Test cricket appear to have risen after Michael Clarke failed to train in Delhi yesterday.

Although Clarke is still hopeful of being fit for the fourth Test, which starts at the Feroz Shah Kotla tomorrow his ongoing back problem limited his participation at the nets on Wednesday to some discussions with the coach Mickey Arthur and on-duty selector Rod Marsh while the rest of the squad trained.

Clarke has struggled with back trouble for many years and exacerbated the problem during the warm-up on day four in Mohali and was clearly hampered by his injury while batting at No.6 in Australia's second innings.