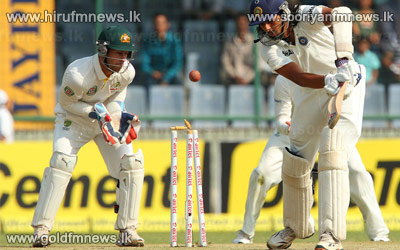 Team India completed a historic 4-0 clean sweep against Australia by recording an emphatic six-wicket victory in the fourth and final cricket Test at Feroz Shah Kotla stadium in Delhi today.

On a Feroze Shah Kotla track which is not conducive for good batting, India chased down a tricky target of 155, largely due to Cheteshwar Pujara's dazzling stroke play as the home team recorded their biggest ever series win in the 81-year history inside three days.

For Australia, it was the first time in 43 years to suffer a 4 - nil series whitewash after Bill Lawry's side did the same in South Africa in 1969-70.