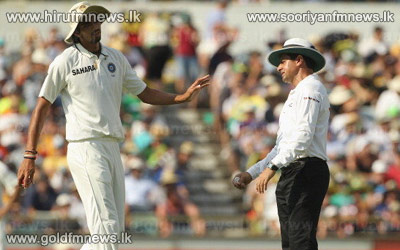 India fast bowler Ishant Sharma has been fined 15 per cent of his match fee for breaching the ICC Code of Conduct during the third day's play in the fourth and last Test against Australia in Delhi yesterday.

Sharma admitted to the charge and accepted the sanction imposed by ICC Match Referee Ranjan Madugalle without the need to convene a disciplinary hearing.

Through his admission, Sharma was found to have breached Level 1 Article 2.1.6 of the ICC Code of Conduct for Players and Player Support Personnel, which relates to pointing or gesturing towards the pavilion by a bowler or a fielder upon the dismissal of a batsman during an International Match.