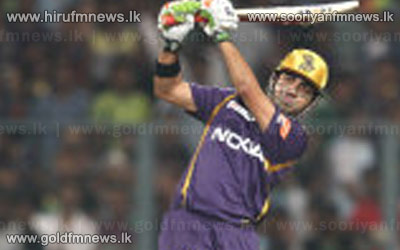 A superb bowling display by Sunil Narine (4 for 13) followed by a swashbuckling knock (42 off 29 balls) by skipper Gautam Gambhir helped defending champions Kolkata Knight Riders beat a depleted Delhi Daredevils by six wickets in the opening match of IPL Season 6 at Eden Gardens here on Wednesday.

Chasing a modest target of 128 runs, Kolkata Knight Riders were in for a shock as they lost opener Manvinder Bisla in the very second over.

But Gambhir found an able partner in experienced Jacques Kallis as they both resurrected the Riders' innings.

Captain of Delhi Daredevils Mahela Jayawardana scored a valiant 66 but wickets kept loosing on the other end.