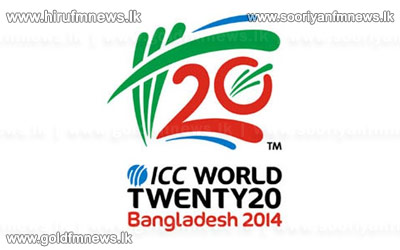 Inspired by the unique painted rickshaws which pack the streets of the Bangladeshi cities, the logo for the ICC World Twenty20 2014 was unveiled on a star-studded evening in Dhaka.

At a glittering gala and in the presence of the ICC vice president Mustafa Kamal and Bangladesh Cricket Board president Nazmul Hassan, the logo for the tournament was launched exactly one year ahead of the tournament finals.

The event will run from March 16th  to April 6th and is scheduled to be played in four cities - Mirpur, Chittagong, Sylhet and Cox's Bazar.