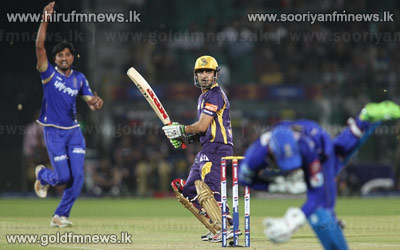 On a pitch with a rare tinge of green, Rajasthan Royals, led by Rahul Dravid, opted to go in with an unprecedented all-pace attack comprising five fast bowlers, and defeated Kolkata Knight Riders by 19 runs to register their second consecutive win in the Indian Premier League yesterday.

Eoin Morgan nearly made the difference in the end on a night when none of the other Kolkata batsmen applied themselves in testing conditions in Jaipur.

At 56 for six in 11 overs, chasing 145, the game looked dead and buried in Rajasthan's favour before the momentum swung back, courtesy of Morgan.

But every time he tried to counter-attack, came an untimely wicket to peg Kolkata further back and ultimately hand them a demoralizing loss.