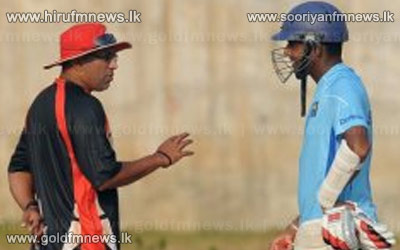 Former Sri Lankan Test batsman Chandika Hathurusinghe has been appointed as the new coach of the Sydney Thunder, the Big Bash League franchise.

The former Test opener, who represented Sri Lanka 26 times, has been handed the onerous task of turning the struggling franchise into a competitive outfit after two disastrous seasons.

Hathurusinghe takes over from former coach Shane Duff. He coached NSW in the second half of the Sheffield Shield season after the departure of Anthony Stuart, and he has previously coached the UAE, formed part of the Canadian coaching team and was Sri Lanka batting coach under Bayliss in 2009.

Hathurusinghe is hopeful he can lure a number of Sri Lanka stars such as Mahela Jayawardene and Muttiah Muralitharan to the Thunder.