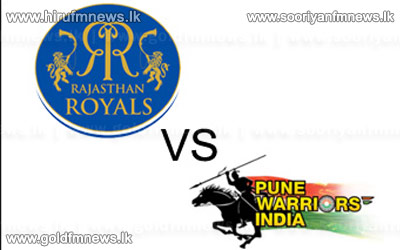 Robin Uthappa and Aaron Finch gave Pune a whirlwind start as they notched up the fifty partnership in just 22 balls.

Meanwhlie, Chris Gayle took centre stage once again for Royal Challengers Bangalore, after a rare-slip up in their previous game.

He consigned a quiet start to a chase of 155 to a distant memory with another calm demolition job of an opposition team, backed up by his captain Virat Kohli, as Kolkata Knight Riders suffered their second defeat in a row following a promising start to their new season as defending champions.