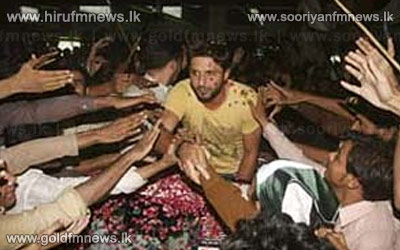 Superstar allrounder Shahid Afridi is to campaign to get Pakistanis out to vote in the cricket-mad country's upcoming general election.

The big-hitting Afridi, one of the country's biggest sports stars who has previously led media drives urging parents to vaccinate children against polio, said the election commission had asked him to get involved.

The 33-year-old denied he was joining any political party after reports circulated in local media that he was becoming a member of former premier Nawaz Sharif's Pakistan Muslim League.