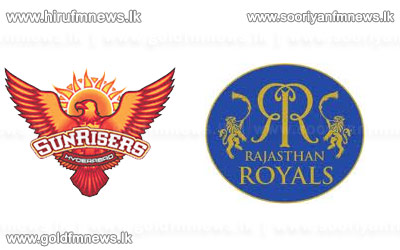 A brilliant 19th over from Amit Mishra that included a hat trick for the leggie finally took the game away from the Pune Warriors, giving the Hyderabad team a victory by 11 runs in a T20 league match in Pune yesterday.

Earlier, the home team had won the toss and chosen to bowl.

Thanks to some clinical bowling on their part, Sunrisers Hyderabad were restricted to a paltry 120.

Thisara Perera's 20 for three was also a crucial performance, especially since he was the one who provided the early breakthroughs for the Sunrisers, accounting for both openers Finch and Uthappa.

It was a dominant performance by Rajasthan as Ajinkya Rahane anchored them to 179 and then the bowlers put in a team effort to seal the deal.

This victory has propelled Rajasthan to the top of the IPL 2013 points table.