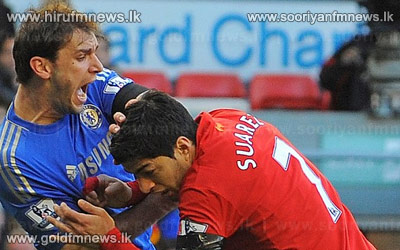 Liverpool has fined Luis Suarez for biting Chelsea defender Branislav Ivanovic but insist the striker still has a future at the club.

Suarez, bit Ivanovic's arm during his team's 2-2 draw against Chelsea .

The Football Association will review the match official's report into the game and incident before deciding what course of action to take.

Suarez issued a swift apology following the conclusion of the game at Anfield yesterday and also spoke to Ivanovic.