Watson hits the 1st ton of the IPL 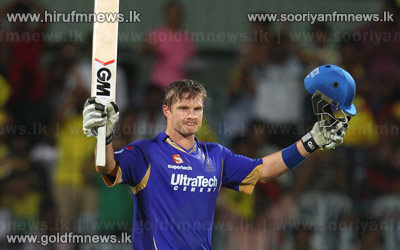 Rajasthan Royals' Shane Watson came up with the first century of the T20 league this season.

However, his effort was not good enough for preventing Chennai Super Kings from notching up a thrilling five-wicket win last night. CSK are now on top of the points tally.

Watson's ton guided Royals to a very formidable total of 185 for four in their 20 overs. But Watson's Aussie mate, Michael Hussey made sure that the hosts were always in the game with a magnificent 88 in just 51 balls.