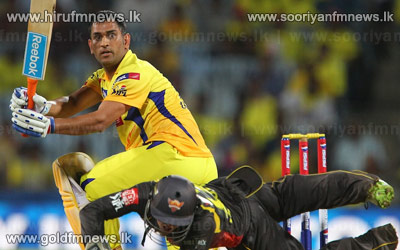 Chasing a tricky 160-run target, Chennai were in a spot of bother after a good start but Dhoni lifted the side to its sixth win out of eight matches with an unbeaten 67.

Riding on Shikhar Dhawan's scintillating knock of 63, Sunrisers Hyderabad recovered from early jolts to post a competitive 159 for six after electing to bat.

However, Chennai had enough batting fire-power to overhaul the target and to record their sixth win out of eight matches.