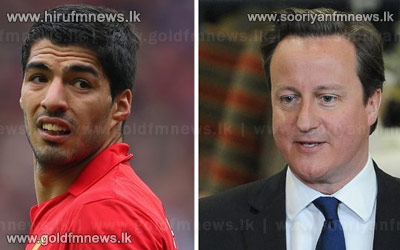 Suarez has since been banned for 10 games by a Football Association panel.

Before the panel announced a punishment that Liverpool said left them "shocked" and "bitterly disappointed", Cameron had said that "it would be very understandable if the panel took into account that high-profile players are often role models".