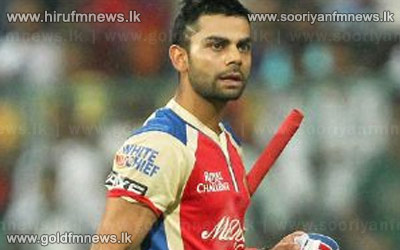 Furious after being booed by the crowd, Royal Challengers Bangalore captain Virat Kohli said IPL fans tend to forget that he competes for India as well, and their jeering can end up creating "hatred among the players".

Kohli was booed by fans at the Wankhede Stadium after a controversial run-out incident during RCB's match against the Mumbai Indians last night.

Kohli was jeered several times after he appealed for a run-out involving Mumbai Indians batsman Ambati Rayudu, who was dismissed in a bizarre manner.

The visitors asked for the third umpire's decision, which went in their favour. This agitated the crowd and they booed Kohli calling him a "cheat".