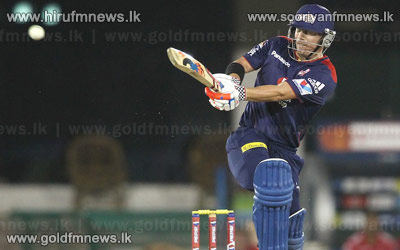 Delhi Daredevils won the 'Battle of Minnows' as they defeated Pune Warriors by 15 runs in the Indian Premier League yesterday.

Needing 165 to win, Warriors could manage only 149 for 4 despite a 76-run opening stand between Aaron Finch 37 and Robin Uthappa 37.

This was Daredevils' second win in nine matches and they climbed a place higher from their usual last spot to be placed eighth in the nine-team table.