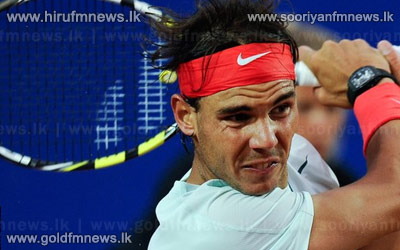 The Spanish left-hander has not lost at the venue since 2003 and a 6-4 6-3 victory was his 39th consecutive triumph in the tournament.

Nadal struggled while there was light rain early on and he found himself 3-0 down after conceding two breaks.