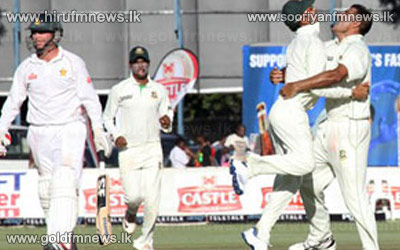 Bangladesh's cricket captain Mushfiqur Rahim dedicated his team's victory over Zimbabwe in a Test match to several hundred of their compatriots who lost their lives when a factory collapsed last week.

The match got underway on Thursday - a day after a garment factory collapsed with around 3,000 textile workers inside - with Bangladesh's cricketers wearing black armbands to show solidarity with those affected by the tragedy.

Although thousands of people either escaped unscathed or have been pulled from the rubble alive, almost 400 deaths have been confirmed with many more bodies thought to be trapped under the fallen concrete.