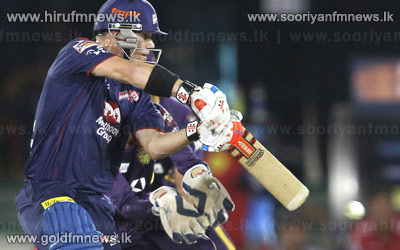 Delhi Daredevils rode on a well-paced half-century by David Warner, some quality bowling and some superb fielding to comprehensively beat Kolkata Knight Rider by 7 wickets in Raipur yesterday.

Chasing a modest target of 137, in-form David Warner and young Unmukt Chand added 95 runs for the third-wicket partnership as the 'home' team won the game with 13 balls to spare.

This was also a sweet revenge for Daredevils, who had lost in the tournament opener against the same side.