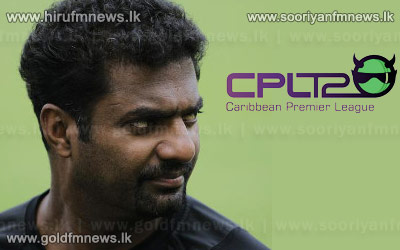 Sri Lanka spin wizard Muttiah Muralitharan, the man with more international wickets than any other player in history, has been confirmed as the sixth and final international franchise player for this year’s Caribbean Premier league.

Muralidaran has 1347 wickets across the Test, One-Day International and Twenty20 International formats in an international career spanning 20 years, and now he will line up in the inaugural franchise-based tournament that will take place in six countries in July and August.