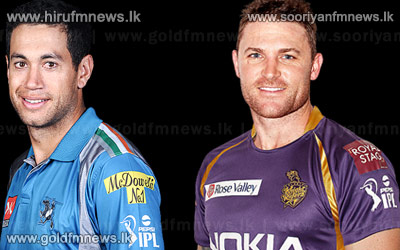 New Zealand captain Brendon McCullum and his predecessor Ross Taylor have been released early by their IPL franchises and will join the tour of England ahead of schedule.

Neither player has had much involvement in the IPL with McCullum playing one match for Kolkata Knight Riders, after recovering from the hamstring injury he picked up in the final Test against England in Auckland, and although Ross Taylor has appeared five times for Pune Warriors he has made just 63 runs at a strike-rate under 100.