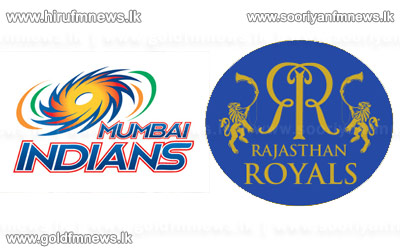 The Chennai Super Kings juggernaut has been halted. Chasing their eighth win in a row in the Indian T20 league, the two-time champs were humbled by 60 runs by hosts Mumbai Indians on a tricky wicket at the Wankhede Stadium, yesterday.

The win allowed Mumbai Indians to register their seventh win in the league and log 14 points in the overall standings.

Meanwhile, Rajasthan Royals had it easy despite the imposing 179 set by Pune Warriors yesterday.

Rahul Dravid's team won by five wickets and a ball to spare to ensure they moved to fourth position, leap-frogging Sunrisers Hyderabad, on dint of a better run rate.