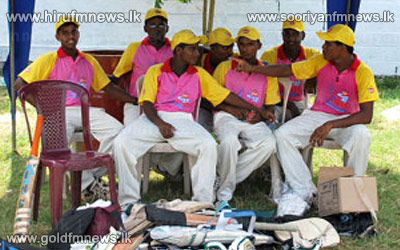 Three young cricketers from Sri Lanka's war-affected regions have been named in the squads scheduled to participate in a one-day tri-series, which aims to prepare Sri Lanka's national side for the Champions Trophy.

Fast bowler S Silojen and wicketkeeper Rishan Tudor, both 19, have been named in the Sri Lanka and Sri Lanka Combined sides respectively, while top order batsman S Sanjeewan, has been picked for Sri Lanka A.

Tudor, who played for St. Patrick's College, Jaffna, had impressed Muttiah Muralitharan and Kumar Sangakkara last year, after he was chosen for the Unity Team that traveled to Singapore in October last year.