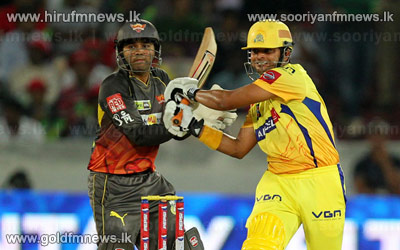 Title contenders Chennai Super Kings put up yet another comprehensive performance as they thrashed Sunrisers Hyderabad by 77 runs to assert their supremacy in the Pepsi Indian Premier League.

The chase was out of question as Sunrisers lost wickets at regularly to restrict them to 146 for eight.

It was a match where CSK outplayed the home team in all departments of the game with consummate ease.