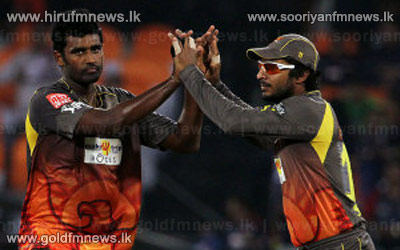 Sri Lanka Cricket has written to the BCCI, asking whether some Sri Lanka players could be released early from the ongoing IPL to prepare for next month's Champions trophy in England, according to SLC secretary Nishantha Ranatunga.

The Sri Lanka board had been mulling whether to recall some of the underperforming players - who are not central to their IPL teams' plans at the moment - to allow them to play in a practice series.

Nishantha Ranatunga said after formally asking the Indian board, SLC is awaiting a response on the same.

Nine of the ten Sri Lankan players playing in the IPL are part of Sri Lanka's 15-member squad for the Champions Trophy.