Domingo takes over as SA coach 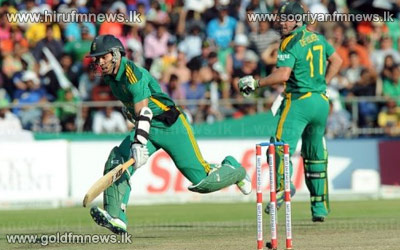 Russell Domingo has been appointed South Africa's new coach on a two-year deal.

Domingo, who is currently assistant coach, will take over from Kirsten in August with his first assignment being the limited-overs series in Sri Lanka.

Domingo has been second-in-command since Kirsten was named coach in June 2011 and was put in charge of South Africa's Twenty20 squad last December.

Prior to that, he had six seasons at the helm of the Warriors franchise, with whom he won two trophies and nurtured a string of national players including Wayne Parnell, Lonwabo Tsotsobe, Robin Peterson and Ashwell Prince.