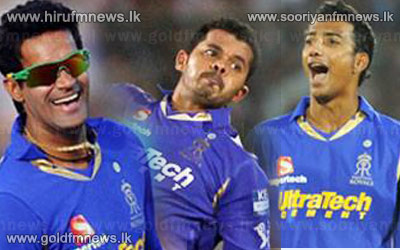 In a sensational development, Indian paceman S Sreesanth and two of his Rajasthan Royals teammates Ajit Chandila and Ankeet Chavan were arrested yesterday by the Delhi police on the charges of spot fixing in the ongoing Indian Premier League.

The special cell of the Delhi police arrested Sreesanth from his friend's place in Mumbai while the other two cricketers were arrested last night from the team hotel at Nariman Point for their alleged role in spot fixing.

The arrest took place immediately after the players returned to their team hotel, following their match against Mumbai Indians at Wankhede stadium.