Yusuf Pathan becomes first in T20, to be ruled out for obstructing field. 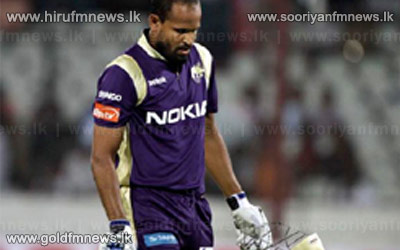 India's Yusuf Pathan became the first batsman in the T20 history, and sixth overall, to be ruled out for obstructing the field.

Pathan earned the dubious distinction of becoming the first batsman to get out in that way in the shortest version of the game while playing for his IPL side Kolkata Knight Riders against Pune Warriors.

The match was in tense situation when the incident happened. After managing to negotiate a yorker from Wayne Parnell, Pathan attempted a single. As Pathan ran, the bowler tried to get close to the ball but Pathan pushed the ball with his foot, causing obstruction in the field.