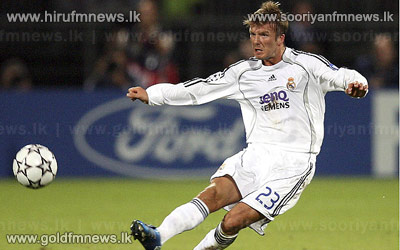 David Beckham is to retire from football at the end of this season after an illustrious 20-year career.

The former England captain made 115 appearances for his country and 394 for Manchester United, winning six Premier League titles and the Champions League.

Beckham,  signed a five-month deal at Paris St-Germain in January.

Beckham, who donates his salary with the newly crowned French champions to charity, has made 13 appearances since moving to Paris.