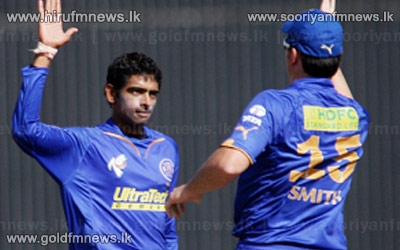 One of the bookies arrested, and named as Amit Kumar, is actually Amit Singh, a former Rajasthan Royals player who was released by the franchise last year.

Amit Singh, a fast bowler who played in several matches in the 2012 season, was picked up for questioning five days ago but was formally arrested yesterday in connection with the spot-fixing case that also allegedly involves three current Royals players.

Neither the police nor the BCCI nor the franchise seems to have realised Singh's status - possibly because of the confusion over his name.