Mumbai Indians win the 6th edition of the IPL. 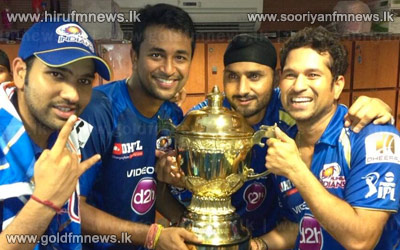 Mumbai batted first and scored 148 for 9 thanks to West Indian Kieron Pollard's 60 not out off 32 deliveries.

Dwayne Bravo took 4 for 42 for Chennai, who were aiming for their third IPL success in four years.

But they lost three wickets in the first two overs and fell well short, despite MS Dhoni's 63 not out, as Mumbai won their first title.