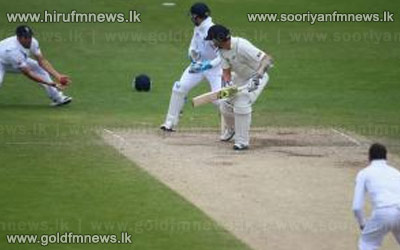 Rain returned on the 5th day of the 2nd test between England and New Zealand played at Leeds with the black caps precariously placed at 219 for 8 chasing a target of 468 set by England.

Doug Bracewell and Neil Wagner were at the crease for New Zealand with their scores at 19 and 0 respectively.

Graeme Swann was the wrecker in chief claiming 5 for 90 in 27 overs ably supported by Stuart Broad who picked up 2 for 26.

Earlier, England declared their second essay at 287 for the loss of 5 wickets setting the mammoth target for the black caps to chase.