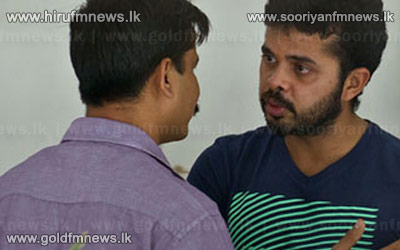 India and Rajasthan Royals seamer Sreesanth, arrested on charges of spot-fixing, has been remanded in judicial custody by a Delhi court till June 4th.

Sreesanth had been placed in police custody, and the Delhi Police had sought a two-day extension.

Sreesanth had applied for bail on May 26th. He was one of three Royals cricketers - Ankeet Chavan and Ajit Chandila being the others - arrested on May 16, following which they were suspended by the BCCI pending an inquiry.

Chavan's bail plea in order to get married on June 2nd was rejected by a Delhi court and he will also remain in judicial custody until June 4th.