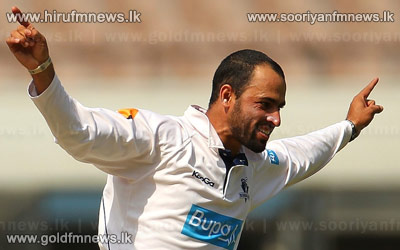 Fawad Ahmed moved one step closer to an Ashes call-up when a bill was introduced to federal parliament that could alter Australia's citizenship laws.

Under the current system, Ahmed is unable to obtain an Australian passport until August, shortly before the final Ashes Test, but if passed, the bill introduced by immigration and citizenship minister, Brendan O'Connor, would allow a fast-tracking of that passport.

Ahmed, played ten first-class matches in Pakistan before moving to Australia in 2010 as an asylum seeker.

He impressed in his first few matches with Victoria last summer, collecting 16 Sheffield Shield wickets in three games, and was highly praised by current and former players including Stuart MacGill.