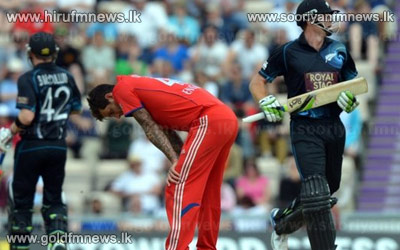 England slumped to a one-day series defeat by New Zealand as Martin Guptill's second successive century condemned the hosts to a 86-run loss.

Guptill, hit an unbeaten 189 - the joint-fifth best one-day international score as New Zealand finished on 359-3 - their highest total against England.

Jonathan Trott top-scored with 109 not out but England batted poorly and were dismissed for 273 in the 45th over.

The final game of the three-match series is at Trent Bridge on Wednesday.