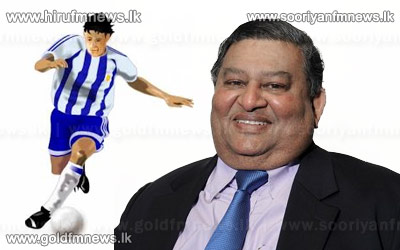 Former president of the Football Federation of Sri Lanka Manilal Fernando said that the Federation Treasurer at that time should be held responsible for the expenditure accrued for the development projects undertaken after Asian Tsunami.

The Federation of International Football donated nearly 500 million rupees to develop foot ball in Sri Lanka after the Tsunami in 2004 and the money was transferred through its Galle Project which was led by Manilal Fernando at that time.

Controversies reigned in the country that many irregularities were taken place when spending the federation money on various Tsunami projects and allegations were made against its former development officer Manila Fernando as well.

However during a media briefing held today, Manilal Fernando said that he has submitted the necessary reports with regard to all development projects that he undertook with Tsunami funds to the Annual General Meeting of the World Football Federation.